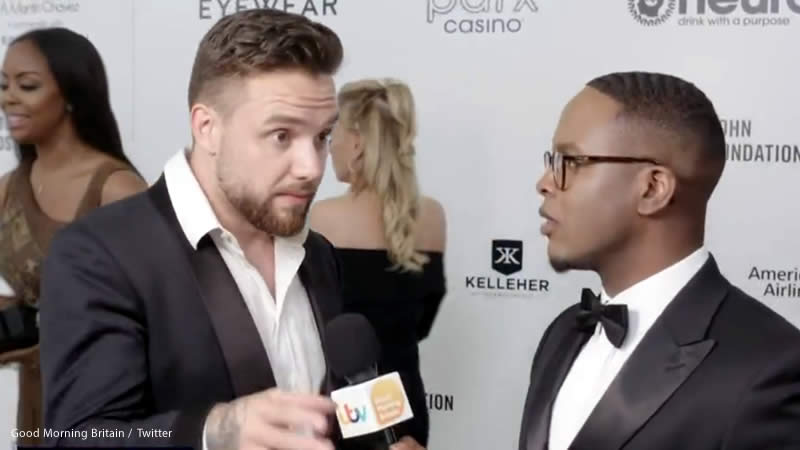 After the on-stage slap at the Oscars, reactions are still coming in, but one person’s opinion has gotten a lot of attention.

Viewers on Good Morning Britain were left perplexed when One Direction singer Liam Payne donated his tuppence on camera after Best Actor winner Will Smith slapped host Chris Rock across the face for slamming his wife Jada during the show.

Liam paused to speak with reporters as he entered the Elton John Foundation afterparty, and he sounds a far way from his Wolverhampton roots.

Last week, the pop star released a video in favor of UNICEF in which his accent was entirely normal, but now, seven days later, Liam appears to be suffering from a chameleon effect, sounding more like English may not be his native tongue.

With wide-eyed concern, the pop star began: ‘Will Smith actually used to live behind my house. I’ve had the pleasure of knowing his son and daughter very well.

‘I believe that he felt whatever he did, he had the right to do. I also felt there were three losers in one fight.

He didn’t know, being Chris Rock, he didn’t do what he had to do, being Will Smith, and she did nothing, being Jada.’ he said, with a look of genuine concern.

However, as the interview progressed, it wasn’t only how he sounded that caused people to pay notice; it was also what he said.

Liam told reporters that what he saw on stage upset him so much that he had to leave his seat because “it cut me really deep.“

He then went on to say ‘It’s a very sad thing, but there was a powerful moment for me to sit and watch one of the world’s best emoters ever we’ve seen speak from the heart and I would rather take the beauty out of the situation than take the pain,’

The Channel 4 News team even joined in on the discussion.

As is the norm, some Twitter users questioned why anyone should really care about the Oscars, with Minnie Stephenson tweeted: “Will Smith slapped Chris Rock on TV and Liam Payne soft-launched a completely new accent. THIS IS HUGE.”

Someone else tweeted: ‘I’ve just woke up and I’m so confused about what is going on and why are they interviewing Liam Payne about it and why is he Irish now? It’s too much for a Monday morning.’

Will went on to win Best Actor in a Leading Role for his depiction of Venus and Serena Williams’ father in ‘King Richard,’ despite the on-stage slap.

Will tearfully apologized for his outburst during his victory speech, but not to Chris Rock.

He was later seen dancing to his own music at the Vanity Fair afterparty, while he also joked on Instagram that ‘you can’t invite people from Philly nowhere’ and ‘Me ‘n @jadapinkettsmith got all dressed up to choose chaos.’