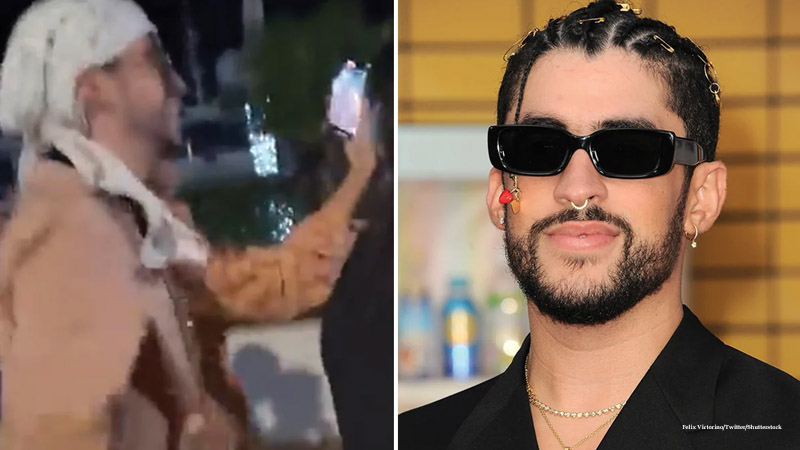 Bad Bunny responded after a video surfaced of him grabbing and throwing a fan’s phone in the Dominican Republic. On Twitter, he stated that those who approach him and put their phones in his face show a “lack of respect,” and that he will punish such behavior similarly.

As Billboard reported, the now-famous video, which went viral on Monday, shows a woman blocking the Puerto Rican artist as he walks down the street with a group of friends. She brings a phone up to his face, but Bad Bunny takes it from her grip and throws it away. The woman looks shocked and a voice off-camera exclaims, “Wow! Really?” Someone in his group replies, “You have to respect his space, you have to respect his space.”

“The person who comes up to me to say hello, to tell me something, or just to meet me, will always receive my attention and respect,” Bad Bunny wrote in a tweet, as translated from Spanish via Twitter. “Those who come to put a phone bastard in my face I will consider it for what it is, a lack of respect and I will treat it likewise.”

His actions on social media divided many. Some defended his right to maintain his boundaries and criticized the fan for violating his personal space. Others think he went too far and should have just requested the woman to leave him alone.

Bad Bunny defended himself on Twitter. “Anyone who comes up to me to say hello, to tell me something, or just to meet me, will always receive my attention and respect,” he wrote. “Those who come to put a damn phone in my face, I’ll consider that what it is: a lack of respect and I’ll treat that the same way.”