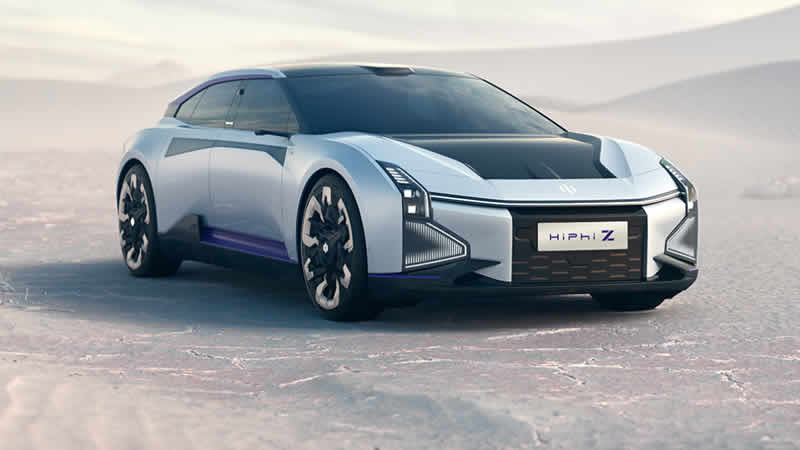 After its first flagship vehicle, HiPhi X, the industry leader in new mobility and intelligent driving technologies, this week revealed details of its latest additions to the HiPhi range. The all-new ultra-futuristic digital GT, the HiPhi Z, is hailed as a science fiction story as it combines cutting-edge technological sophistication with the human touch to create a car with a living and human spirit.

The inspiration for the HiPhi Z can be found in the concepts of space and time, with the vehicle essentially functioning as a channel into the future. It brings the idea of ​​a car from 20 years of the future to the present.

Human Horizons founder and CEO Ding Lei said, based on the words of famed physicist Albert Einstein, “When reflecting on advances in transportation technologies, Einstein said that you cannot love a car the way you love a horse, as the horse brings out human feelings the way machines cannot do. To this end, we can see a yearning in humans to share a genuine connection with the world around them, and by using the latest in smart technology, that is exactly what we have done with the HiPhi Z. We have imbued the vehicle with a ‘digital soul’, giving it a depth and personality that owners can experience human-like interaction and feeling.”

As a leading leader in the Chinese automotive industry, Ding Lei has more than 30 years of experience in the automotive world, high-tech parks, and city management, and has achieved great success in key business areas such as cross-border M&A. He was SAIC Group Vice President and General Manager of Shanghai General Motors (SGM), helped found SGM and founded the SGM / Pan Asia Automotive Technology Center. Since founding Human Horizons in 2017, Ding Lei has been President and CEO with a vision to deliver mobility solutions for the future. The pursuit of change is reflected in his mission to contribute to the era of “Smart Cars, Smart Transportation and Smart Cities”.

The HiPhi Z is set to be fully unveiled during the Beijing International Automotive Show in April 2022. This will be the second flagship model for Human Horizons, in line with the company’s vision of bringing “concept cars” to the real world.

After launching in April 2022, Human Horizons is taking purchase reservations and will begin mass production before the end of the year. As with the HiPhi X, most of the technical details should be transferred from the prototype ready for series production to the actual series version and once again demonstrate the innovative strength of Human Horizons to the world. The co-creation recruiting initiative “Captain Z” by Human Horizons announced with details about HiPhi Z aims to involve more and more passionate people in the joint development of HiPhi Z.

At its core, Human Horizons is committed to innovation and quality. With the latest technologies and all the features that can be found in luxury vehicles, the company defines a new automotive segment, TECHLUXE. In the future, too, this drive for innovation and the expansion of the limits of human-machine interaction will continue to create new and unique driving experiences for future-oriented people around the world.