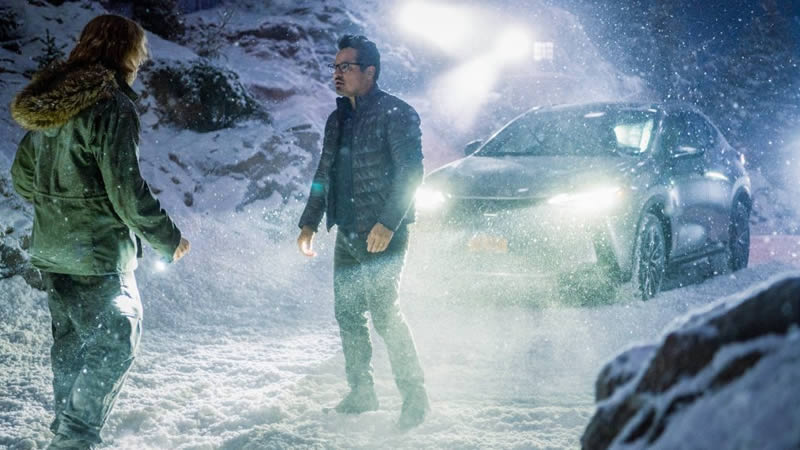 Buckle up and get ready for the ride of your life. Lexus takes on another exciting role as Lionsgate’s official automotive partner in Moonfall, the epic new sci-fi disaster film from internationally acclaimed director Roland Emmerich, which hits theaters on February 4, 2022.

The moon de-orbits the earth, sending it on a collision course with life as we know it. The all-new 2022 Lexus NX luxury crossover plays a crucial role in the heroic effort to realign the moon’s orbit in the mission to save the world.

The Lexus x “Moonfall” marketing campaign kicks off today with a 30-second co-branded “Enjoy the Ride” commercial featuring NX in high-motion footage from the film.

“The all-new NX represents the future of the Lexus brand and heralds the next level of luxury,” said Vinay Shahani, Lexus vice president of marketing. “The NX’s bold style, intuitive technology, and connected driving experience make it the perfect partner for an epic adventure.”

The Lexus brand features prominently throughout the film. The all-new NX is directed by Charlie Plummer’s character, Sonny Harper, in an action-packed three-minute scene. The luxury SUV Lexus GX 460 turns out to be the government vehicle used to transport Halle Berry’s character, Jo Fowler. Additionally, Michael Peña’s character, Tom Lopez, is a Lexus dealership and the film features a scene at his dealership.