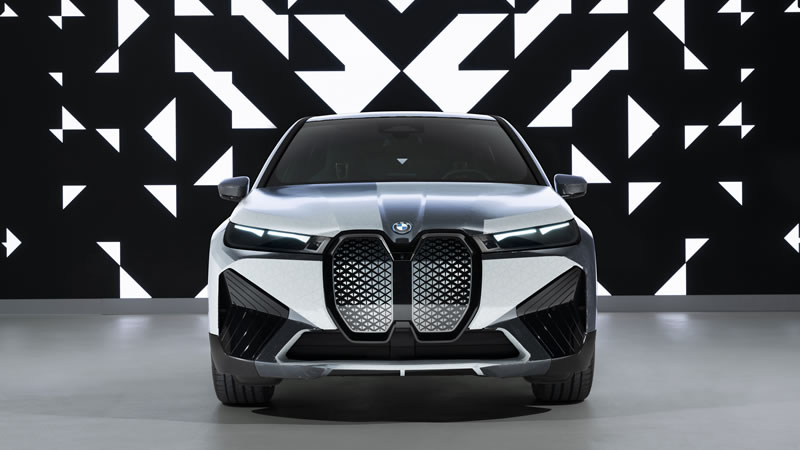 In 2021, BMW announced they were working on a color-changing car, and now at CES 2022, the crazy idea in the form of a chameleon-like electric vehicle is finally coming true.

This is one of the most notable things to see on the Las Vegas show this year. BMW calls it the iX Flow Concept, and while it looks like any other iX crossover prototype, what it has is something straight out of the plot of the Transformers movie. A futuristic car that blends in with its surroundings and magically becomes invisible!

For now, EV is presenting a hypnotic, color-changing skin show used with e-ink technology (like the Amazon Kindle series display). The app is currently still in its infancy, as the iX Flow Concept can only switch between white, dark gray, and black tones.

According to BMW, the e-ink is wrapped in a shell that “adapts to the contours of the fully electric Sports Activity Vehicle”. Millions of microcapsules (the diameter of a human hair) are etched into this shell, which contains negatively charged white pigment and positively charged black pigment. Depending on the amount of pigment that has to be collected on the surface, an electric field is applied – the so-called electrophoresis technology.

The color change palette extends over the entire body, as the appearance of the car can be adjusted according to the needs of the day and of course the mood. This is also beneficial for maintaining the interior temperature as the color of the vehicle can be lighter on hot days to reflect lighter and darker to absorb more heat on colder days.

This will also result in lower energy requirements to maintain an optimal interior temperature. The Munich-based premium automaker says future versions of the car could also follow a color-changing aesthetic of the grille and wheels. This results in a complete individualization of the journey at the push of a button in a compatible app.