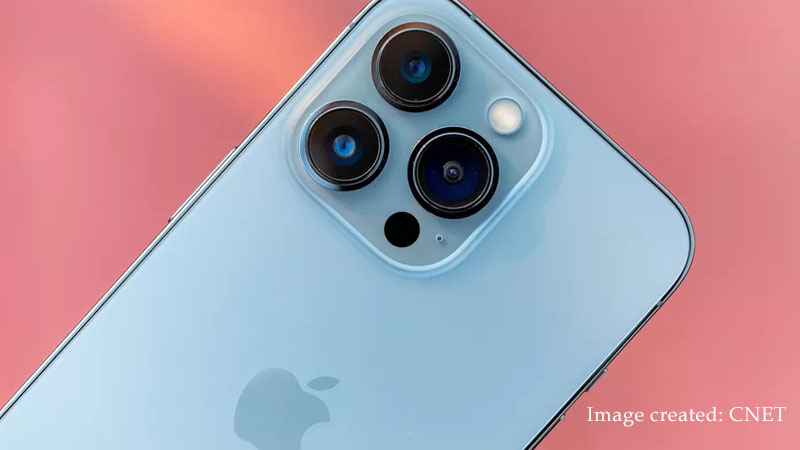 This year is already stuffed with smartphone launches, so we’ve rounded up the best Android and Apple smartphones you can buy today

We’ve painstakingly tested every smartphone with the best coverage in the UK to assist you in making a buying decision. Our best smartphone 2022 roundup is always being updated, so make sure to check back regularly.

How to buy the best smartphone for you

Selecting the perfect smartphone for your budget can be difficult, especially with so many expensive contracts to choose from. To make things easier, we’ve created a list of everything you need to know about purchasing your ideal smartphone, as well as selecting a contract.

Should I buy a smartphone on contract or SIM-free?

In general, buying an unlocked and SIM-free phone is the best option because you can use any SIM card you want and sell the phone when you want to upgrade, but you must have the money upfront. If you can’t afford the upfront cost, go with a contract, but calculate the total cost over the term to ensure you aren’t getting ripped off: if you can afford a bit more upfront, you’ll most likely save over the term.

Which smartphone operating system do I need?

There is two smartphone operating systems to decide from in 2022: iOS and Android.

iOS is only available on Apple’s own smartphones. Typically, iOS is the first to receive apps and is an amazingly slick operating system. It isn’t as customizable as Android, but there’s no doubt that it’s incredibly easy to use.

Android has a much longer range than Apple and is found on the vast majority of smartphones on the market. However, there are numerous versions of Google’s operating system available. In general, you’ll want a phone running Android 9 or higher, as older versions are now outdated. Manufacturers frequently customize their own versions of Android, so the experience may differ between handsets.

What should I look for in a smartphone display?

Because most smartphones are entirely controlled by touchscreens, the size and quality of a handset’s display are important. A larger screen makes everything easier to read and is especially useful for web browsing, but a large display makes for a large phone that may be difficult to carry around.

The pixel density of a screen, measured in pixels per inch (PPI), will give you an idea of how clear and sharp text will appear on a screen – for example, a smaller number of pixels stretched across a large screen will result in jagged edges. Screen technology is also important, with AMOLED screens and IPS being the two main technologies, each with its own set of pros and cons.

What about performance and battery life?

Nowadays, most smartphones are powered by octa-core processors. In general, the clock speed of a processor (measured in GHz) shows how fast the phone is and provides a rough indication of how fluid the operating system feels, as well as how the phone handles running apps and games.

Alternatively, one of the most important features to look for when purchasing a new phone is its long battery life. Our battery tests can help you choose the right phone for you, but in general, the larger the phone’s battery capacity (measured in mAh), the longer it will last on a single charge.

How much smartphone storage do I need?

In general, if there is a micro SD slot, a minimum of 16GB of onboard storage is sufficient, but the internal storage will quickly fill up. With a greater emphasis on smartphone cameras in recent years, it’s likely that your Instagram photos will be the main culprit in using up your storage space, so we recommend at least 32GB to get you started.

The best smartphones to buy in 2022

This year, Samsung’s latest big-screen beauty received a facelift, with a new ‘Contour Cut’ rear camera array and matte finish. Internal improvements to Samsung’s own Exynos 2100 processor make this one of the most powerful smartphones we’ve ever tested. Similarly, the cameras on the Galaxy S21 continue to impress, with new shooting modes such as virtual lighting options for portrait mode. 8K video recording remains exclusive to Samsung’s Galaxy phones, and the 120Hz screen is equally impressive.

If you’re looking for the very best that Android has to offer, make no mistake: the Galaxy S21 is it.

Smartphone flagships are getting better and better, but with these top-notch innovations comes a higher price. Paying nearly four figures for the latest top-end smartphone is simply out of reach for most consumers, but thankfully, Xiaomi’s Redmi Note 9T offers a flagship experience at a fraction of the price. It also supports the 5G network in the United Kingdom.

Xiaomi’s low-cost handset has significantly set the bar high for what to expect from a smartphone in 2022. The Redmi Note 9T outperforms phones that cost twice as much, thanks to its fast MediaTek Dimensity 800U processor. Its triple-camera array, as well as the large 6.53in FHD+ screen, are both excellent for the price.

It’s also the ideal representative for Android 12. There’s no better way to showcase Google’s latest version of its mobile operating system, which introduces a radically updated look and feel thanks to the new “Material You” design language. If you’re a keen photographer, or you’re simply after the very best that Android can get, then the Pixel 6 certainly won’t disappoint.

The slightly newer Redmi Note 10 Pro, which costs the same as the Redmi Note 9T (featured above), is also excellent value for money. With a Qualcomm Snapdragon 732G processor, 6.67in AMOLED screen, 108MP camera, and Android 11 out of the box, you’d think this phone would be much more expensive, but it’s actually much cheaper than its high-end specifications would suggest.

The only reason it isn’t ranked higher is that it lacks 5G connectivity. The Redmi Note 9T is compatible with the 5G network (and is the cheapest phone with 5G connectivity in fact). Regardless, if you don’t live in a 5G area and the new network isn’t expected to arrive in your area anytime soon, the Xiaomi Redmi Note 10 Pro is a good option.

Although folding phones are still in their initial stages, the Galaxy Z Flip3 5G is the first non-conventional flagship worth purchasing. The Flip3 5G is the first of its kind to (finally) offer IPX8-rated waterproofing, as well as a more durable inner screen and a hard-wearing “Armor Aluminium” frame. It not only looks the part, but it’s also the first clumsy-proof folding phone. The Snapdragon 888 processor powers the device, providing a significant processing boost over last year’s model, and the refresh rate of the main display has been doubled to 120Hz.

The Flip3 5G, on the other hand, not only costs a lot more than its predecessor at launch, but it’s also the first folding phone to fall below four figures. The Flip3 5G, which costs the same as the iPhone 13 Pro, is a much more appealing proposition, and now is the time to jump on the folding bandwagon.

The Nokia 1.4 is a perfect example of not judging a phone solely on how much (or how little) it costs. The Nokia 1.4 does everything any other smartphone can do for less than £100, and you can get nearly ten of them for the price of one Samsung Galaxy S21. There are a few drawbacks, such as the slow performance and the fact that it only charges via Micro-USB, but for the most part, the Nokia 1.4 is a solid budget pick for those who don’t want to spend triple figures.

If you’re willing to spend a little more, you might be able to find better low-priced handsets, but if your budget is tight, you can’t do much better than the Nokia 1.4 in terms of sheer affordability.

What makes Apple’s latest flagship so unique? Aside from its pricey configuration options, the iPhone 13 Pro represents a handful of small adjustments over last year’s iPhone 12 Pro.

Once again, Apple’s A15 Bionic chipset is the fastest available, even outperforming Snapdragon 888-equipped flagships. It’s also the first iPhone with a 120Hz display, and the main camera has sensor-shift stabilization technology from last year’s iPhone 12 Pro Max, albeit with a slightly larger sensor and bigger pixels. It’s not the most revolutionary update, but if you’re an Apple fan who is nearing the end of a 24-month contract, it doesn’t get much better than this.

Despite continuing to move away from its flagship-killing roots in recent releases, Taiwanese phone maker OnePlus has shifted its focus slightly and now offers a low-cost handset in the form of the OnePlus Nord CE. The OnePlus Nord CE isn’t as feature-rich as the OnePlus 9 Pro, but for less than half the price, it’s an amazing value.

The OnePlus Nord CE is just as good, if not better, in most areas. It has 5G support (which is still a bit of a marvel for less than £300), a lovely 90Hz AMOLED display, and a 24-hour battery life that is frankly quite exceptional. Of course, there are a few drawbacks, such as the lack of official water and dustproof, but the OnePlus Nord CE is a capable value phone with decent performance and a set of cameras that deliver crisp, well-exposed photos in most situations.

It does everything so well, in fact, that nothing else at this price comes close. If you can’t stretch your budget beyond £400, the OnePlus Nord CE is an excellent value alternative.

If the price of the latest and greatest flagships have you quaking in your boots, the Xiaomi 11T Pro is the ideal budget-friendly alternative. The Xiaomi 11T Pro is packed with all the bells and whistles you’d expect to find in much more costly handsets, and it’s a steal if you don’t mind foregoing the usual big-name flagships.

The Xiaomi Mi 11 is equipped with the latest top-tier Qualcomm processor, the Snapdragon 888, as well as the same 108MP camera found in the four-figure Samsung Galaxy S21 Ultra. Its large Full HD AMOLED display is virtually unmatched in terms of color accuracy, and it’s also the first phone with 120W charging (going from 0 to 100% in just 20 minutes).

Do your wallet a favor and save some money by purchasing the Xiaomi 11 T Pro instead; you won’t be disappointed.

With the new iPhone SE (2020), you get a lot of smartphones for not a lot of money. The iPhone SE may appear to be a relic – it shares the same design as the 2017 iPhone 8 – but it is Apple’s best-value handset yet. Why? It all comes down to what’s inside: the iPhone SE (2020) uses the A13 Bionic chipset, which is also found in the more costly iPhone 11.

This means you get the same levels of performance as those four-figure flagships for a fraction of the cost. Similarly, the single 12MP camera may appear unassuming at first glance, but it actually competes with the iPhone 11 in terms of sheer detail capture, especially when it comes to low-light photography.

The only fault is that the iPhone SE’s battery life is pretty poor by modern standards. However, if you have this much money to spend and don’t want to use a large-screen phone, the iPhone SE (2020) is a good option. It’s the cheapest iPhone, but it’s still quite impressive.